There is various resources in the internet about how to do this, but the examples are a bit scattered, so in this post I just want to make a neat note on how to do it properly with several examples that can cover many possibilities as well.

or if we spread it to three different transactions, it will be:

How to check for Conflict Serializable?

1. The actions belong to different transactions.
2. At least one of the actions is a write operation.
3. The actions access the same object (read or write).

The following set of actions is conflicting:

While the following sets of actions are not:

So it has a conflict property but is it serializable?

Step #2 : Check for a cycle in the Precedence Graph.

The easiest way to check for a cyclic transaction, is to paste the schedule to this web app.

But if you are like me, you won’t be satisfied getting answer from someone without understanding how exactly they come up with the the answer (though sometimes I don’t care either..). So let’s find out how to do exactly just that.

First, draw all the Transactions (Tx): 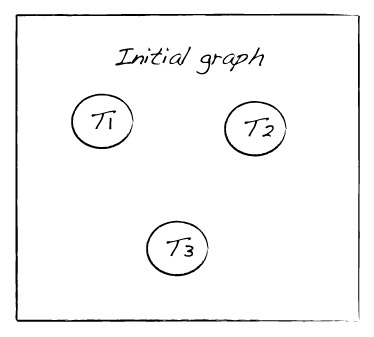 Check if there is a Tx that reads an item after a different Tx writes it.

Check if there is a Tx that writes an item after a different Tx reads it.

Check if there is a Tx that writes an item after a different TX writes it.

So, the final graph is : 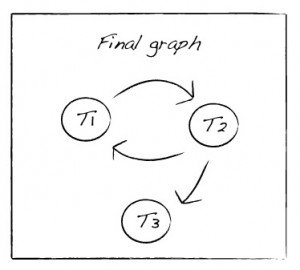 We can see that there is a cycle between T1 and T2, so the graph is cyclic, and therefore it is not conflict serializable. 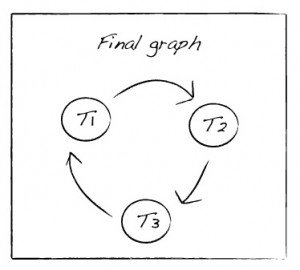 How to check for View Serializable?

Now the schedule is view serializable if:

So the two combinations left satisfy the view serializability this time, they are:

That’s all friends! Now you know how to check a database schedule for its view and conflict serializability. Questions, critics and comments are welcome. 😀