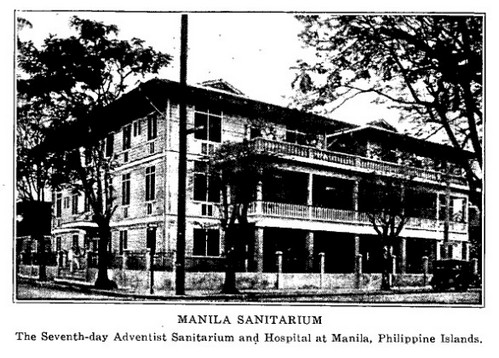 I found this picture from the book “Belief and Work of Seventh-Day Adventists” that can be downloaded freely from the General Conference Archive Site. The book is published on the year 1934 and so I assume the picture was at around the same year.

Hmm…, for comparison, this is the picture of Manila Sanitarium and Hospital, or Manila Adventist Medical Center as it is called now, that I took last year 2004 when I was still in the Philippines. 😀