Career as Administrator vs Programmer 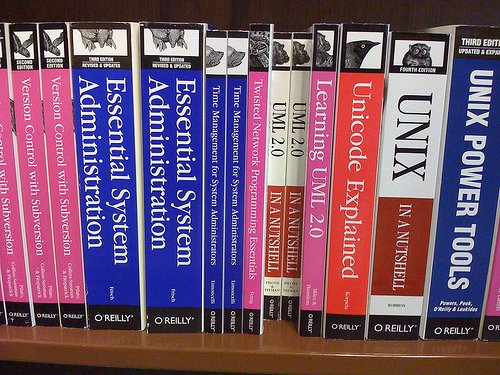 I remember almost a year ago I googled for article about this. I’ve been a system and network administrator for more than two years in medium sized company, dealing with Windows Servers, Sun Solaris, IBM AIX, Firewall, and VMWares.

Then, for an unknown crazy reason I applied for a programmer position in one of the biggest software house in Indonesia. I was accepted and suddenly had a dillemma of choosing to stay as an administrator or to shift career as programmer.

To be honest, they made me even more confused. But I finally made my choice.

Now after 8 months of work as Java EE programmer, I want to share about what I know about these two IT careers. Please note that I don’t think one is superior than another although during this article I may be a bit inclined to software development career.

It’s Not The Career That Make One’s Success

Like most of the fresh graduates I know, I used to think that success is closely attached to one’s career. That some careers are naturally better than the others. However, through time I realized that this thought is not true.

What makes the difference?

It’s The Person With The Right Career

In the online forums that I found those who are pros of each side listed the reasons why one career is better than the other. They all speak from their experiences and observations.

Some of the wiser members, however, posted that one should ask himself about what career is more suitable to him rather than only looking for the salary number or future overseas outsourcing trend.

Why I chose what I chose

I accepted the work as programmer and I don’t regret it a bit. It’s not because I don’t like the work as an administrator, but because I enjoy the process of creating something so much.

Making something has been my passion since I was a kid, and now I enjoy making software in every step.

So what should you choose?

Ask yourself this question,

“Will I excitedly wake up every morning to do this career?”

Some of my work colleague said that they actually don’t like coding and it’s really sad. I think they are not only waste their time here, but they also waste their life.

For me, someone can only achieve his greatest potential when he does what he really enjoy. And since life is not as long as we always think, choose a career where your passion is.

Tagged with: IT and Apps, software development, system administration

62 thoughts on “Career as Administrator vs Programmer”