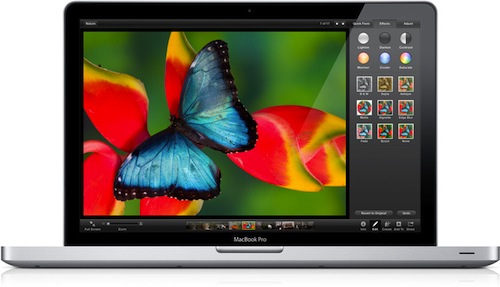 Just after I review the iPad 32 GB yesterday, a good friend of mine asked me to rather write review about my MacBook Pro. I’ve actually plan to write about it but I never had time, so maybe now it’s a good time.

I bought my MacBook Pro last August from Apple store in Boston, it was during a back to school promo period and tax-free day in Massachussetts. So I got $100 discount, a free iPod touch, free HP Wireless Printer Scanner, and no tax. Not bad eh..

I’m taking Master of Science in Computer Science, so most of the time I’m a programmer and let’s see if the Apple MacBook Pro can handle my demand from a laptop.

For those of you who are really into detail, these are the specification of my MacBook Pro:

It was simply the most basic MacBook Pro configuration during the time when I bought it.

Probably one of the first question someone ask if he’s going to convert to Mac is,

‘Will I have all the applications I need?’

There is no single answer for the question, but at least I can say that there are a lot of applications for Mac OS X now, both free and commercial.

Since this blog post is requested and written by programmer, I’ll write some of the experience using MacBook Pro for programming.

A bit about my programming languages, lately I mostly write in Scheme (Racket) so the IDE I used most of the time is DrScheme (DrRacket).

It seems that DrScheme is more optimized to be used in Unix rather than Windows. It may doesn’t show significant difference in few lines of codes, but it definitely beats it’s Windows version when the code lines get bigger.

I still write codes in Java also, and my favorite IDE is Eclipse. Interestingly enough, although there is not so many difference with it’s Windows version (except for some shortcut keys), I still prefer the Eclipse in Windows or Linux version.

I found that sometimes the Eclipse window is not displayed in the most top layer even after I switched the Windows to Eclipse. I know it’s minor thing, but I still consider it to be quite distracting.

There is no problem at all to install MySQL in my MacBook Pro and the SQL GUI Tools I use is Sequel Pro. It’s a native Mac OS application and it beats the MySQL’s own Query Browser and MySQL Workbench in terms of performance. Maybe Sequel Pro’s features is not as complete as the Query Browser’s and Workbench’s, but it has everything I need and a very clean user interface.

There was one time when I really wanted a MacBook because of the TextMate syntax color coolness. I consider the TextMate Monokai theme is really fancy and interesting, but alas, there is no TextMate for Windows nor Linux.

Then now I have a MacBook, my text editor of choice is.. TextWrangler.

It’s created by the company who created BBEdit, one of the most famous text editor for Mac, and it’s free. For me it’s my Notepad++ in Mac.

If you are a Microsoft Office user, I tried the Office 2008 for Mac and unfortunately it doesn’t come close to even Office 2007 for Microsoft Windows. That’s why when I need Office applications, I rather use my school’s library Windows PCs.

But if you’ve already get used to OpenOffice, there is a Mac OS X version for that and it’s just neat. In fact I prefer the OpenOffice than Office 2008 if I’m using my laptop.

Lookwise, the Apple MacBook Pro is simply cool. It maybe very common here in US, but it still wows your friend when you take it out of your laptop bag.

Don’t be fooled by it’s outer look, it’s actually a beast inside. Maybe not the kind you can use for 3D gaming, but it’s the kind that can handle more than all your everyday needs.

Its battery lasts longer than most of laptop I know. The website says it can last for 10 hours, but we all know that’s only marketing joke. However it can lasts more than 5 hours depending on the use. Wireless internet and video streaming consumes a lot of energy and can dramatically shorten it’s battery power, but it still about twice longer than the other laptops’ battery duration.

When I see people who use Microsoft Windows as their primary operating system in the MacBook, I pity them. They have paid so much for their MacBook, which in part is for the Mac OS X, and they still choose to use Windows.

I have no bias against Windows, I’ve been a Windows users myself  since I was 8 years old and I believe Windows is good for certain type of job (read: office jobs). It’s just that it can’t beat Mac OS X when it comes to stability because the Mac OS X is based on Darwin, a Unix.

Simply put, Mac OS X is a mix of the best of both world. It has the great stability of a Unix and the user friendliness of a Windows. Although you may argue that some distros of Linux has both trait also, they still aren’t as beautiful as Mac OS X, sorry.

Allright, allright, I don’t just want to boast all the good aspects of MacBook Pro. There should be some downside too for this review to be objective enough. Well, so far here are some of the downside of the gadget:

1. It still crash (at least the applications)

Never believe when a Mac fan tells you that a Mac doesn’t crash. Mac OS X is a software and the universal law of a software is… they will crash sooner or later. Although so far the OS haven’t crash yet, I had two experience when the Firefox in my laptop crashed.

The 13″ MBP only gives you 2 USB ports. I don’t know what is the reason, but if you want more USB ports you need to buy the 17″ Mac Book Pro.

3. Applications are not as many as of Windows

Since this review is written for programmers, I just want to remind you that if you are developing .NET applications, you need to install virtual machine to do that. That means that you will need to share some of the RAM and Disk Space for the guest OS.

5. If it crashed, it may not be easy to get it fixed

The best thing about PCs with Windows is it’s easy to recover and re-install. I suppose Microsoft knows that their OS crashes a lot so they made it also easy to re-install the OS. For Apple Mac OS X, I’m not sure it would be that easy. Plus, there are less people who are familiar with Mac, so the only way to save your computer is probably to bring it to the Apple Service Center.

Some of you maybe don’t read all my babblings above and just skip to this conclusion immediately to know what I have to say in the end about the Apple MacBook Pro. Oh well, that’s fair enough cause sometimes I also do that when I read other people’s review.

For all the goodness and some badness of the laptop, I would say..

Go buy it! (but after you read the MacRumor Buyer’s guide for the best time)

The laptop is a great laptop for programmer. It can make you looks cool even though you’re not (bad joke), it’s powerful, it has great battery life, and it can handle all your demands to create the software you want.