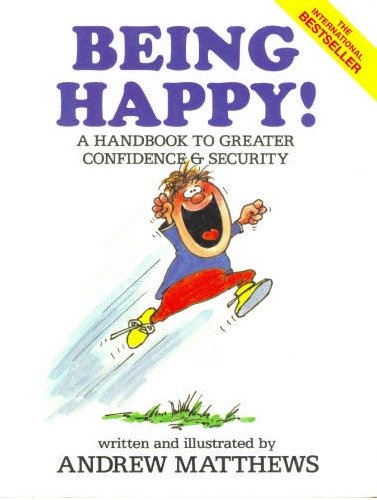 This might sound a bit weird for some of you, but ever since I was 10, I always like to read a self-help book. The first book I pick up was “Being Happy” by Andrew Matthews. I didn’t know it was called self-help book, actually I bought it because of the comic character on its cover.

Through the years, the list of self-help / motivation books I read keeps increasing, some that I can remember includes “7 Habits of Highly Effective People“, “Rich Dad Poor Dad” series, “The Secret“.

Honestly, I’m not a full positive thinker as I supposed to after reading these books. Probably because of my ‘realist’ nature.

However, if I started to connecting the dots (Steve Job isn’t the only one who can do that), I can see that these books indeed shaped the way I’m thinking now.

1. I always think that I will always get what I want (sooner or later)

This is my habit, I always think that I will always get what I want, be it now or later, but they’re coming my way. So strong this habit, on the year 2009-2010 when some of the things that I wanted didn’t happen, I thought someone must’ve cursed me. *I never able to prove it.

The self-help guru usually describe this as focusing your mind to the things you wanted, and you’ll get it, or the law of attraction, or what have you.

I just want to say that, it WORKS!

Probably not always as quick as we want to, but if we’re patient, most of the things that we wanted so much will actually come our way.

Since I was in college I write my to do list, and some of the ideas, and goals I have in a little notebook. Organizing tasks and thoughts are some of the things that most self-help guru will suggest us to do.

I still write my goals until now. Not all of my goals come true, but surprisingly a good number of them do (read below).

This is a bit subjective, but I have a number of people who told me that I never look worried. People who personally knows me will probably say that I can be exactly the opposite, but most of the time, yes I can look very easy-go-lucky because whatever problem I’m facing, I always thought that I’ll find the solution (difference #1).

In early January 2008, I wrote a sentence in my notebook that I never knew would foretell the change that will affect the rest of my life. I wrote:

“This year I will work in a company that I like doing what I love.”

I wrote it down, but then I forgot about it. Because on late February 2008, I was accepted in a new job and I need to do some training out of city, and few months later I was placed in Bali.

Before the year end I saw my notebook again, and when I saw that sentence I was shocked.

2. The grades on first semester

As always with my habit, I wrote that I will get straight ‘A’ for all of my course on the first semester.

However, the road turns out to be not easy, having no proper bachelor background in the field that I’m studying puts me in a disadvantage.

But guess what, at the end of the semester I got straight ‘A’s and when I saw the goal that I wrote, I almost couldn’t believe it.

So what Djitz? Are you going to be one of those motivator?

I can assure you that happy people don’t always get the good stuff, but they always think the good stuff, so despite some bad things that might come, there will be more good things coming. The opposite is also true for the unfortunate people who focus on the bad things.

We don’t need to understand everything to make use of it. A lot of thing that we use everyday work without our understanding, but they just work.

I probably can be a motivator someday, but for now, I think I’m so selfish if I don’t share this things to anyone. So, here you go, I shared my experiences, and I will post some of the books that I think really helped me to where I am today.

I hope they will help you too (if they haven’t already). 😀

4 thoughts on “Motivation and Positive Thinking”