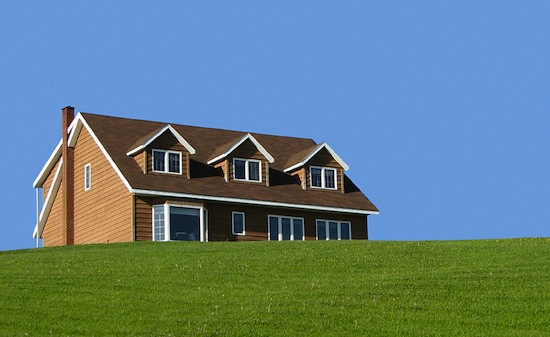 It’s been several years since I thought about this theory, but I just have the idea to post it in my blog for public.

I can say that I personally came up with this theory, and I didn’t copy this from anyone, though I don’t dismiss the possibility of someone else have formulated this, and even publicize it before me.

People’s consumerist behavior is an interesting behavior to see, because although most, if not all, people know that it’s better to save more money than what to spend, only few actually done it.

Obviously, the question is, why?

To answer this, I propose the following theory:

Let’s take the example of the people’s consumption behavior in Indonesia that I observed:

For the most of the people, they know that they should have their own house at some point of their life. However, the high house prices is the most common and first barrier that prevent people or family in Indonesia to own one.

For a family that think that house prices is so expensive and can’t afford the mortgage they will usually continue to rent house and purchase a car rather, because usually the car price and/or credit payment is more affordable than house mortgage (although one can argue that some cars are more expensive than houses, but it’s out of the scope of this discussion).

However, for families who can’t afford to pay for car credit, they would then buy a motorcyle (or more than one) because the credit payment is cheaper than cars.

Further, if the family can’t afford to buy motorcycle, then they would probably purchase other “unnecessary” expensive goods such as digital gadgets (most commonly handphones), expensive clothes and apparels, etc, because again, they’re still cheaper than motorcycles.

More interesting that this “settle for less” behavior is the fact that once they purchase the less expensive goods, it actually takes them few steps farther from to afford what they wanted in the first place, simply because they have spend their resources.

It is also worth to note that they might not always actually “can’t afford” what they wanted if they keep their financial health properly.

Although the idea of this theory comes from people’s purchasing behavior that I observed, one can see that this can extends to human’s decision choosing behavior in general:

“People will settle for something less that what they wanted, when they feel they will never get what they actuall wanted.”

If we recall some of the people’s experiences that we know, or even our own personal experiences, we can easily notice that it’s true.

When I thought of the theory, I wasn’t trying to proof nor fix anything. It’s just how I explain the common behavior that feels a bit odd to me, because I usually choose to wait for what I wanted in the first place.

An interesting question that could follow is rather, is it always better than settle for the lesser option?

If you have other idea or comments, feel free to write them in comment section below. 🙂

One thought on “Theory of People’s Shopping Behavior”