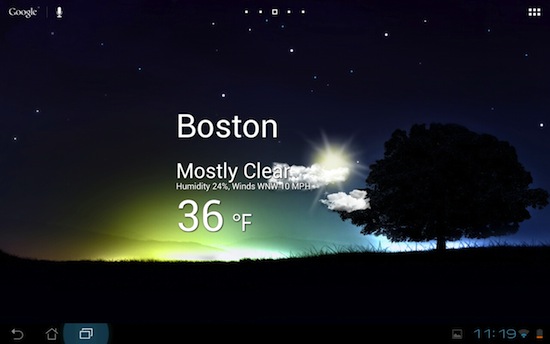 Just updated my Asus Transformer last Friday to Android 4.0.3 Ice Cream Sandwich (ICS) and I couldn’t be any happier.

I was hesitant at first since my experience with OS upgrade for my iPod touch 3rd generation to iOS 5 equal slower response. So I thought maybe the same thing would apply if I upgraded my Asus Transformer tablet to ICS.

Yet, the upgrade notification bugged me, and I read some people response were good last Friday, so I thought “Whatever.. let’s just upgrade it!”. And yes, it was great! So let’s check what changed..

Immediately the blueish theme of ICS is the first thing I noticed, compared to greenish theme of Android Honeycomb.

This is the first time I experienced OS upgrade means better performance. If you read my review about Asus Transformer TF101 few days ago, I concluded that the performance was poor. But this time, it’s a lot better!

I’m not sure if compared with iOS5, but definitely this tablet becomes a steal!

Now the apps can be removed from the recent apps list, this makes it neat.

People also suggest to turn on the “Force GPU rendering” option in the Developer options settings.

I will still play around with the new OS for the next few days, and let’s see if there might be some problems (don’t forget the Murphy’s law).

Update (March 1, 2012):
I’ve just read this article about the problems after updating Asus TF101 to ICS, and I should admit that yes, my tablet shut down by itself twice so far. Both are on different day few days ago, and it happened when I sleep at night. I don’t know what caused it, but it also happened few months back, just few days after I bought the tablet.

Another note, I probably haven’t got any other problem because I haven’t done a lot of things to my tablet, I haven’t root it, and I don’t use a lot of apps other than the Adobe PDF, Netflix, and other default apps that come with it. But, to say that the tablet is unusable, it’s far from what I experience now. The tablet is A LOT usable now because it’s so smooth and faster now. 🙂