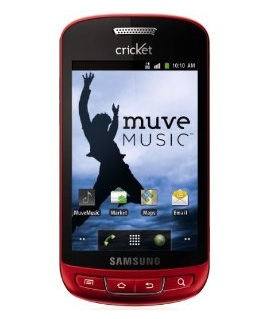 As I’m starting to get serious with Android app development, I realized that using the Android Virtual Device (AVD) is really not the way to go. Until now, it’s very slow to start (snapshot helped a bit), and it’s prone to problems.

I told myself that this can’t go on like this, and I should get myself an Android phone.

Why not use the Asus Transformer tablet I have? Because I’m still learning how to develop apps for phone screen size, not tablet. Besides, I need to test the apps I made in the Android Gingerbread, which is the most common Android version out there (58.6% distribution), while my Asus Transformer is installed with Ice Cream Sandwich already (1.0% distribution).

So the search for Android phone was on since last week. The problem is I already have a phone, and I don’t plan to shell out too much money for a new one, so I was looking for a non-contract Android phone.

Quick search on Amazon resulted some options, but in the end I bought this Samsung R720 Vitality CDMA Phone yesterday from BestBuy for $50, and it’s really a steal.

Check out my review below.

*Since this post is more about how the phone perform for developing apps, I will not review much about it’s other specifications.

Included In the Box

The phone speaker is located near the camera on the back, and.. I like it. It’s louder than my iPod touch ‘invisible’ speaker. The sound quality (of the speaker) is also good enough (for a gadget external speaker of course).

Enabling developer mode is as easy as it gets from the phone setting, and running a simple application from Eclipse is a breeze.

The phone has most of the common software and hardware specifications a developer need, such as Android 2.3 Gingerbread, Wi-Fi, Accelerometer, 3.2 MP back camera, microSD slot, microUSB, and GPS.

Unfortunately, if you need the front camera, it doesn’t have one.

So far I’m satisfied with the phone’s performance. Though considering the CPU, I don’t think we can expect something great from it. I was able to install and played ‘Angry Birds Space’. It took time to start the game, but it’s running smoothly.

Other than that, for most of the standard apps (that means no 3D games please) I think the phone will run just fine.