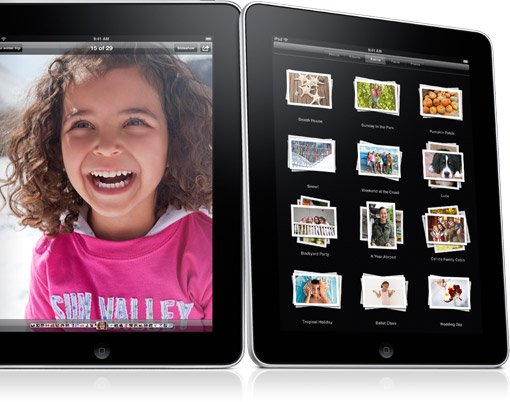 It’s, without a doubt, one of the hottest selling gift for this Holiday season and I managed to get my hands on to one. Nope it’s not mine, it’s owned by my brother-in-law, and I’m lucky enough to try and write a quick review about it.

I can’t help it, I used to review Digital Audio Players (DAP), headphones, and earphones. So when I thought about reviewing the iPad, I immediately get my earbuds and test the iPad sounds.

Because the iPad is not mine I don’t have the songs that I usually use to review DAP. But I found some of familiar songs that I can use to test the sound quality, and yes fellas, it beats the iPod sound quality without a doubt.

It also has a better (and larger) speaker, so yeah, another score for the iPad.

I tried to change the Equalizer setting to get the best sound quality, and almost like the other iPod family, it never helps a lot, so don’t bother so much about it.

What other better way to test the iPad display than watching an HD movies in it? Well, it’s even better actually because the movie is Batman The Dark Night. 😀

Almost an hour later (you know how hard it is to stop watching the movie when it’s a good one), I tried to read books in the Amazon Kindle App and iBooks. It was really good, considering the large screen size compared to the iPod touch. But somehow since it is still an LCD screen, I still prefer reading real books for longer period of reading time.

The Marvel Comic app was a cool one though, it’s colorful and how it moves from each frame in the zoom view is just amazing.

The 9.7 inch display is definitely a treat for the eye, and although it’s not yet the retina display it does the job good enough.

Music, movies, ebooks, games, browser, bluetooth, email, pictures, I don’t know what else could be missing from the iPad. It’s almost like a full fledged computer, minus the keyboard.

If there is something else that could be added, it’s probably a camera. I know it may look very awkward to take picture with a gadget of this size, but hey, every digital gadgets now seems to have a camera attached to it, so why not?

The battery life is awesome, I’ve watched the movie for almost an hour and only less than 10% of the battery was consumed.

At almost 10 inches tall and 7.5 inches wide, it’s not a replacement for an iPod though it sounds better. As you can see it’s like an oversized iPod touch actually yet portable enough to carry around unlike any notebook nor netbook. It’s also cool enough to impress your friends.

A bit minus point that I felt is that it’s a bit heavy. I’m not sure whether it’s because the iPad I tried is covered in a thick cover, but I can immediately feel the weight since I hold it.

To be honest, I’m quite confused about the iPad. It’s not a very portable entertainment gadget, nor a full fledged computer. For many people maybe it can replace their computer, but for me I still love a real keyboard.

The weight maybe also a bit drawback. It’s not that heavy but certainly you can feel it.

The price is also another disadvantage, I know it’s an Apple and that probably can explain the price, but that also makes me think more than twice before I get one. If you have a large library collection that you need to carry around with you, the iPad is probably one of the best solution. But if not, I don’t see any usefulness of the iPad so far.

I somehow still favor the portableness of iPod Touch because I usually read ebooks or play games only when I’m waiting in line or waiting for someone.