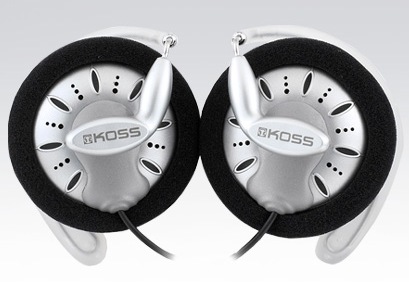 My friend told me that Koss KSC75 is the best ear-clip earphone in class. Well, I’m not sure where he got the grading, but I’m just the person who cannot be convinced easily unless I heard the sound myself.

Koss, I suppose is quite a known name in the world of earphone lovers, though I myself haven’t heard much about it. Koss KSC75 is the second ear-clip earphone I reviewed, after the Sennheiser OMX 52 I tried several months ago.

Let’s bring this ear-clip to test, shall we?

First, I tested the KSC75 using my laptop, my standard DAP to review earphones.

However, I might as well tried using Meizu M3 of my friend to give the KSC75 help a bit.

I thought of using Meizu M3 because it has a great bass boost sound effect that can force the bass sound of KSC75 to its maximum ability. So does it help?

Honestly, I think it’s a bit lacking capability to produce deep bass sound. Forcing it with the bass boost doesn’t help either, it even sounds worse. Well, maybe this ear-clip is good at producing crystal clear treble. So let’s try playing some acoustic songs from Dave Matthews Band.

Treble is too prominent in some cases. When the Meizu M3’s treble boost was set to level 3, playing the DMB’s Gravedigger hurted my ear (the same setting sounds perfectly fine with my Sennheiser PX100). After I set the treble boost to zero then I can continue listening to the song.

Staging is ok, nothing impressive though, probably because of its ear-clip design.

I never been a fan of ear-clip form earphone, and that’s because of a good reason, it lack of isolation.

But I should say that ear-clip probably is the best form when it comes to portability, because it has a headphone size driver with the portability of earphone, and without the uncomfortability of IEM in long duration listening.

In Indonesia, Koss Ear Clip KSC75 is priced at $28. Interestingly quite a lot of price difference from what I found from Koss website, which is $19.99

At the price level I think I should say that Koss KSC75 is one of the good option. However, when we talk about sound quality, I cannot recommend it because it simply lacking.

Even when I already used one of the best MP3 player in the world, the Meizu M3 that is, I still cannot say that I like the sound produced by this ear-clip.

Having said that, I would probably still buy Koss KSC75 if I’m looking for an affordable portable headphone to accompany me in a travel (as long as the MP3 player is Meizu M3). 😀